About City of Joy Aid, UK

City of Joy Aid, UK was formally established as a charity in 2000 by the French author Dominique Lapierre and his wife, (seen below with the late Reverend James Stevens OBE founder of Udayan) following the enormous success of his book and film about the indomitable spirit of the poor of Calcutta: “The City of Joy”. The general objective of the charity is the relief of poverty in India.

City of Joy Aid, UK‘s particular focus is Udayan – a home providing medical care, schooling and vocational training for children affected by leprosy. Because Udayan was founded by an Englishman, the UK charity has a particularly close relationship with it and the 300 or so children cared for there.The charity also acts as a conduit for funds intended for other NGOs, to which Dominique Lapierre committed support. 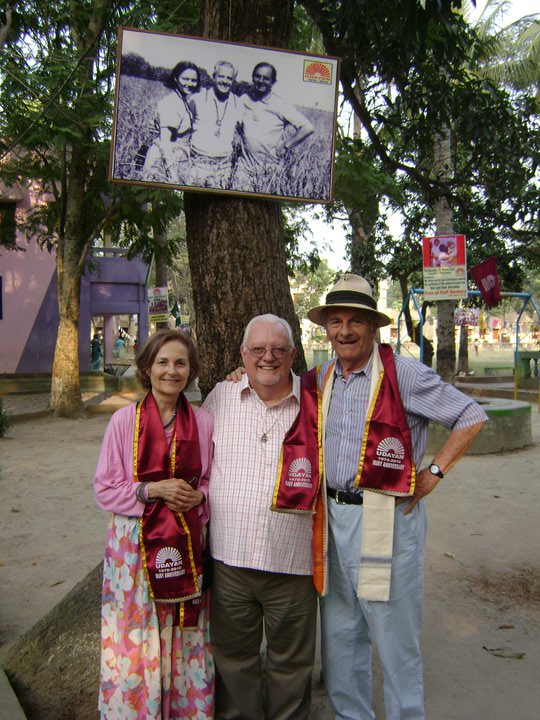 Donations may be made to any of these centres through City of Joy Aid, UK as a restricted donation (for a specific cause) or as a general donation. City of Joy Aid, UK is a registered charity in England and Wales (1080812) and UK tax payers can Gift Aid their donation making it worth even more.